As we head into the heart of winter remember to be ready for any situation. Around New Zealand we have been facing flooding, tornadoes and heavy swells out at sea over the past month and it is vital we are all prepared in an emergency.

Now is a great time to update your Civil Defence kits so in any emergency you can get ready and get through! 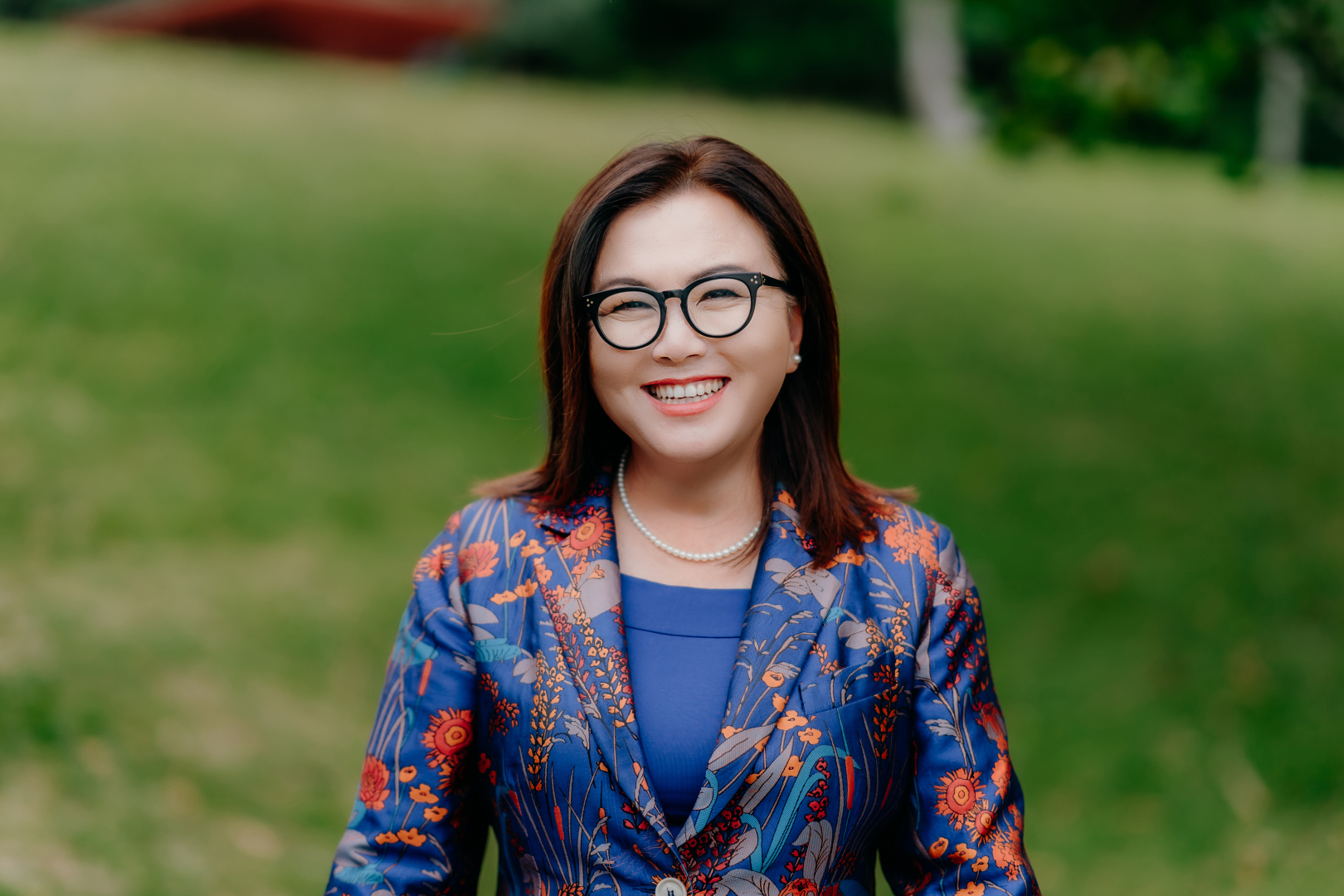 The Ministry for Ethnic Communities

Over the last few weeks the Government have 'established' a Ministry for Ethnic Communities. It is in substance barely differing from the former Office of Ethnic Communities and I have grave concerns it won't pass muster to provide support needed for New Zealand's multicultural society.

I provided my thoughts in a column to the Indian Weekender that I've repeated below (Note: this ran on 30 June):

On Thursday morning amidst filter coffee and scones at Parliament the Office of Ethnic Communities will transform into the Ministry for Ethnic Communities. It will have a similar budget, almost all the same staff and responsibilities with the main crowning difference being that the head of the agency will bloom from being a mere ‘executive director’ into the formidable ‘chief executive’ with all the trappings it entails.

Simply put, the Ministry is a paper tiger. It is limp, it won’t see any new and exciting developments for ethnic communities and will still be sitting within the wider Department of Internal Affairs corporate services umbrella.  We have seen no website, no strategic plans for this new Ministry and lacklustre consultation that was terribly advertised and ill planned many across New Zealand’s diverse ethnic communities. Many are deeply concerned at the lack of mana or effectiveness Labour’s proposed Ministry will have under the first ever Ethnic Communities Minister to be outside of Cabinet since the inception of the portfolio.

Our Ethnic Communities just want to see real respect and equal engagement opportunities to help facilitate the growth of our cultures and communities to belong. The Ministry Labour have created won’t achieve that. Ethnic New Zealanders are being disrespected by Labour but that’s nothing new.

This Government treated ethnic businesses and families as second class citizens during COVID-19. From systematic discrimination in their refusal for ethnic food stores to remain open during lockdown last year to being the last cab off the rank for media support and information services in their public media funding. It is appalling the Office of Ethnic Communities failed to step up at the time. It’s appalling the Government isn’t stepping up now and they can’t even blame NZ First for their failure.

The Government is still failing to provide timely information and services to communities as Wellington sits in Level 2 and constant anxiety exists across New Zealand regarding the future of our border, immigration settings and the economy, all issues of incredible importance to ethnic New Zealanders, particularly recent migrants with family overseas. There is no indication this will change in the Government’s plan for a Ministry.

The reason why I raise these concerns at the outset of the establishment of the Ministry is simple. Whether it is COVID-19, the impact of deep political divides internationally or a continuation of existing prejudices from our nation’s history, once again in New Zealand there is a growing feeling of intolerance among certain communities for those from ethnic and migrant backgrounds that is feeding into bad decision making and law changes by this Government  such as the dystopian  and misleading proposals  regarding the future of hate speech and content regulation that would stifle rather than aid a real national conversation to be facilitated for the betterment of our nation.

I’ve been called a Chinese spy (BTW I’m Korean!) I’ve been told to go back to Korea, China, India and even Australia, a former Political leader has named me Pyongyang and above all, on an almost daily basis despite being a 5th term elected Member of New Zealand’s Parliament I’ve received the stares and sideways glances as to what I’m doing here in our Houses of Parliament or on the streets of our country.

It isn’t an elephant in the room that New Zealand still has a problem with racism. It’s an open secret. In fact it’s beyond open we know of it and as a society we say it isn’t us. The number of calls and vitriolic insults I and my office have gotten that have started with “I’m not a racist but…” would boggle the mind of many Kiwis and we need to think what the rationale is for even making these comments in a diverse society that is growing ever more multicultural with each generation.

Our Government needs to give Ethnic Communities respect and an agency that will do a real job representing and supporting the needs of Ethnic New Zealanders. Again, I contend this sham of a ‘Ministry for Ethnic Communities’ will be a paper tiger without the real autonomy other Ministry such as Women and Pacific Peoples hold – it will still be a corporate arm of the Department of Internal Affairs without the real ‘mana’ required to get things done. In effect it will be business as usual and the Ministry won’t even have a Minister at the Cabinet table to argue our case. We need a real Ministry with better outreach to educate and influence. New Zealand has a diverse wonder in our population of cultures that can only enhance our nation’s future.

What do you say?

It was a pleasure to welcome good colleague and friend Scott Simpson, MP for Coromandel and National Spokesperson for Workplace Relations into Mt Albert for meeting with the community and Chinese Business leaders on the Government's shocking Fair Pay Agreement policies.

Scott outlined a number of concerns National has around the interventionist policies being pushed by the Labour Government in particular, the power of a small group of employees to affect the salaries and work conditions of the majority.

National believes in practical ways to do business and get New Zealanders working. These changes will not be for the better of any workers, job providers or the economy and we've committed to repealing them when National returns to Government.

Thanks Scott for coming to town! 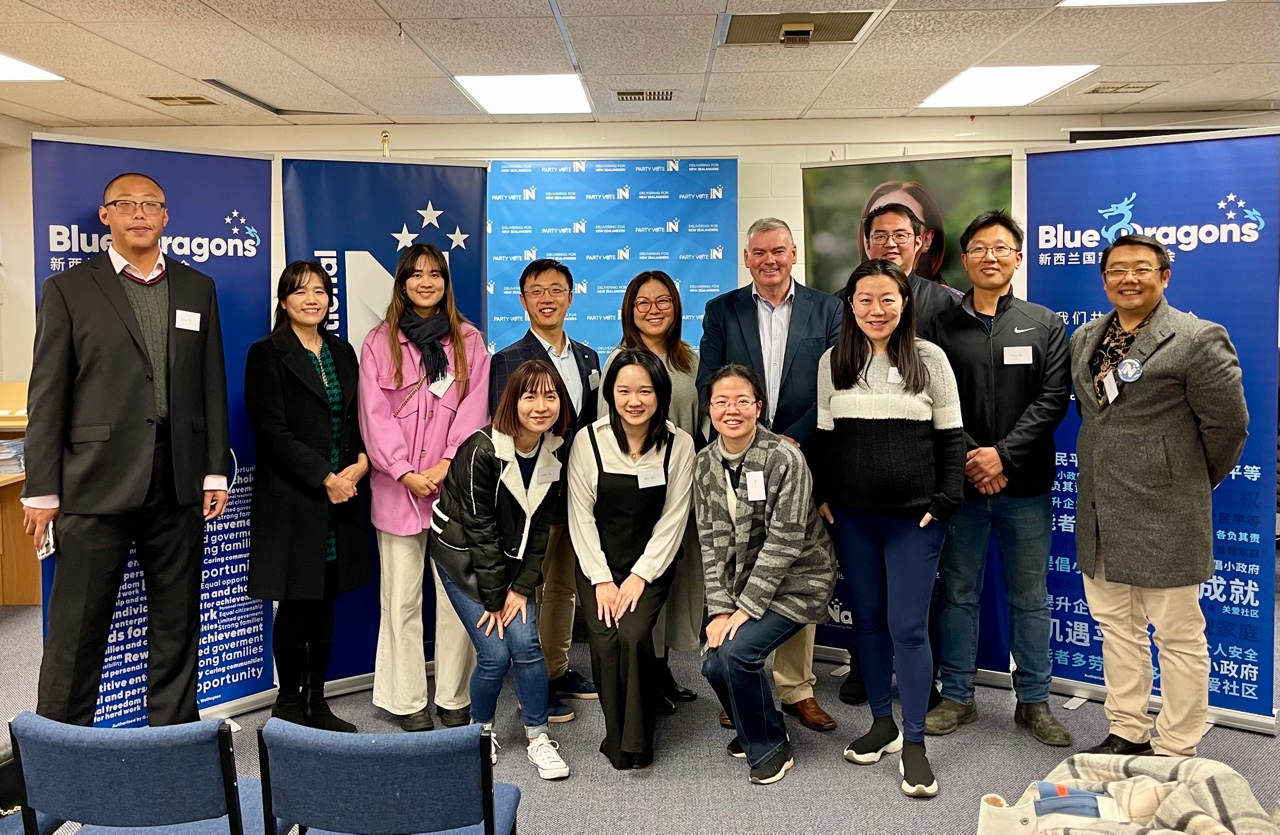 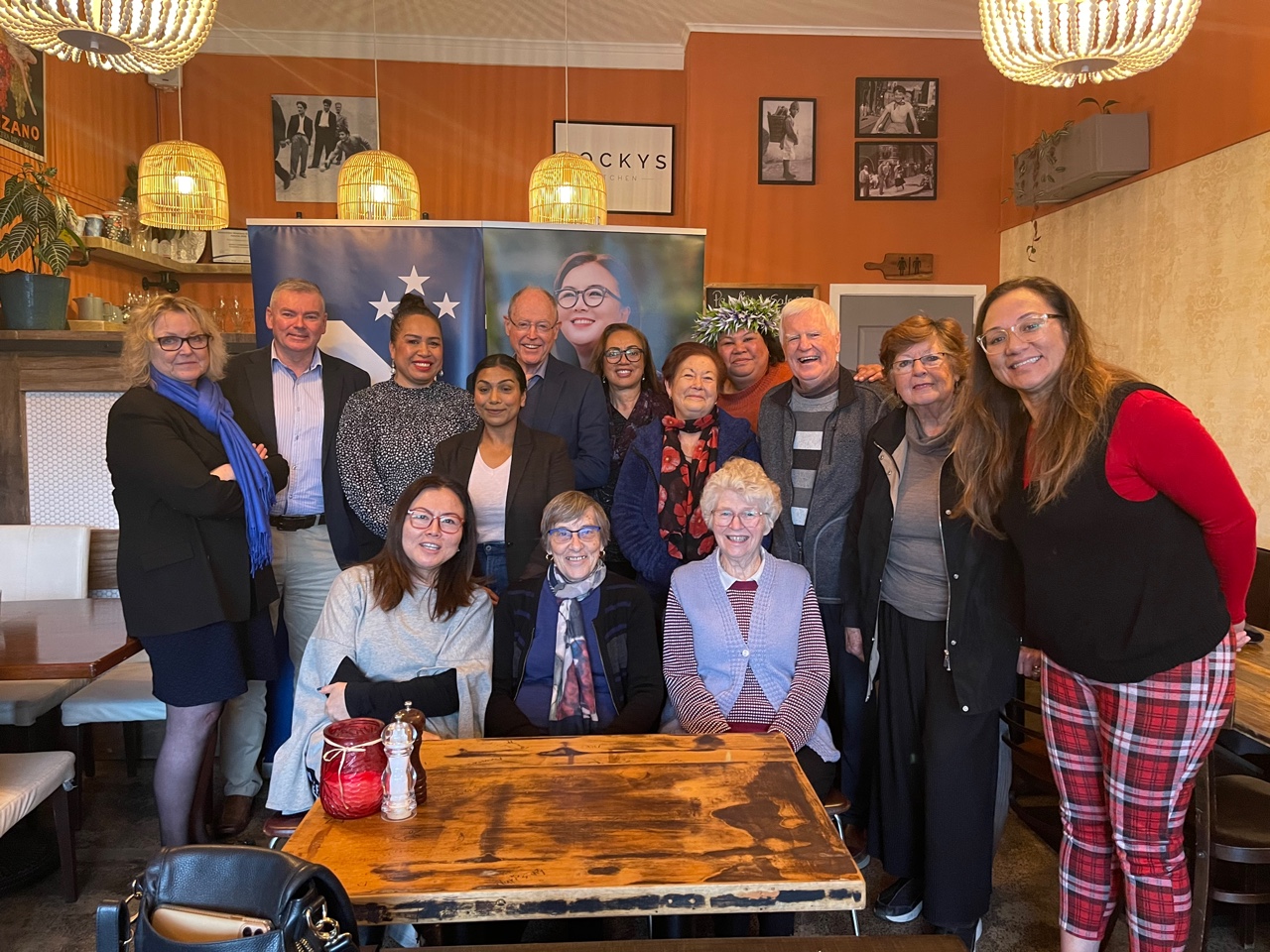 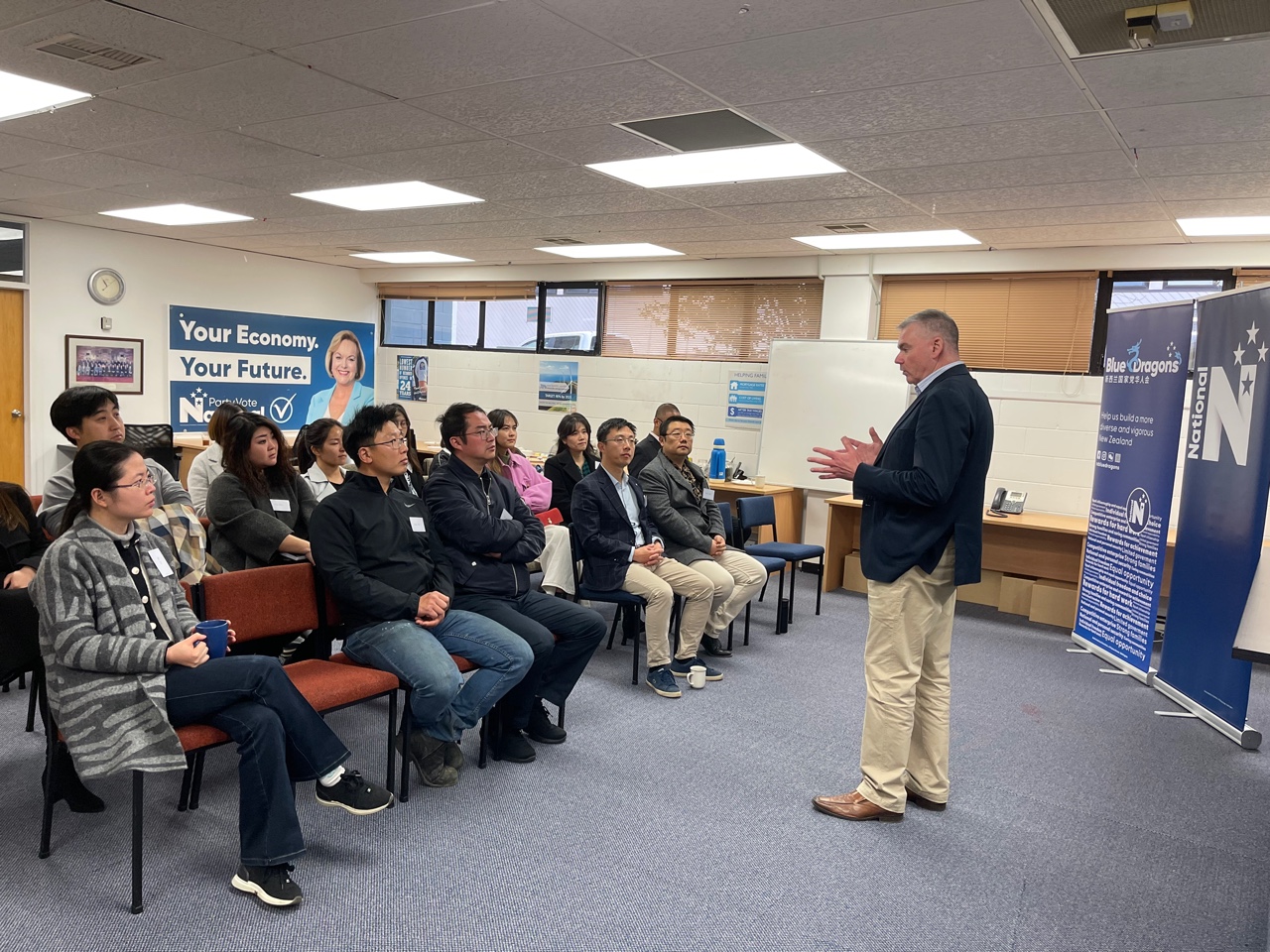 On Monday I joined National Party Leader Judith Collins as we announced the National Demand the Debate Campaign in Auckland.

The Government are failing to consult with the people of New Zealand around a wide array of policies that they simple do not have the mandate to undertake without a proper Nationwide conversation about the future of our country. When the Government is making important decisions they never campaigned on without adequate consultation it's just not good enoguh and every week, the National Caucus are contacted by countless Kiwis who are concerned they don’t have a say in the future of their country anymore.

If you are concerned about the future of New Zealand please go to demandthedebate.nz and make sure to signup to have your voice heard! 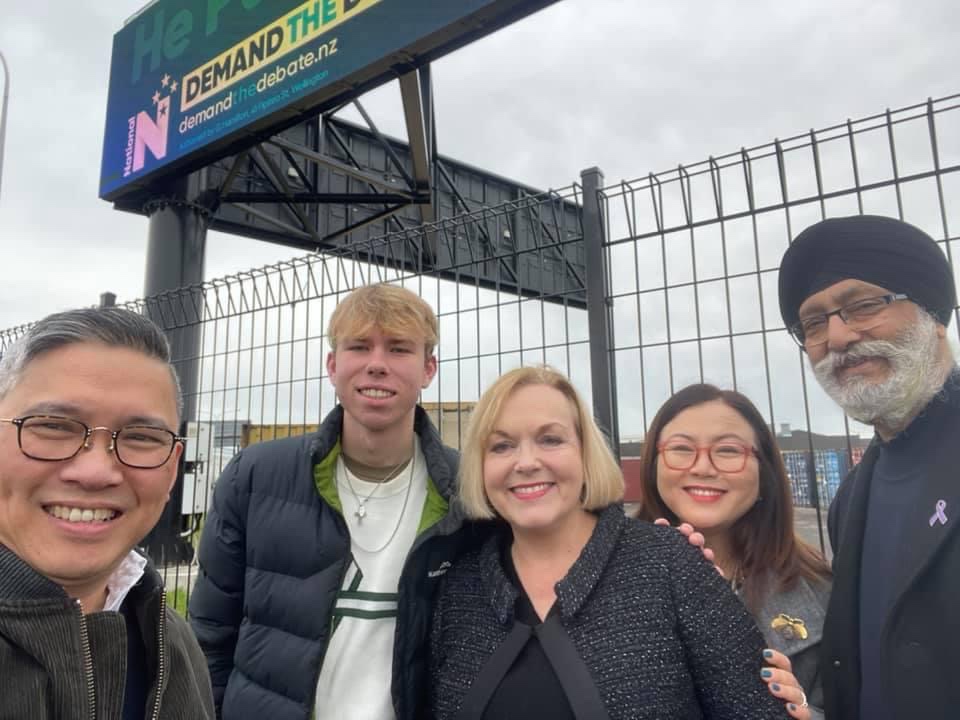 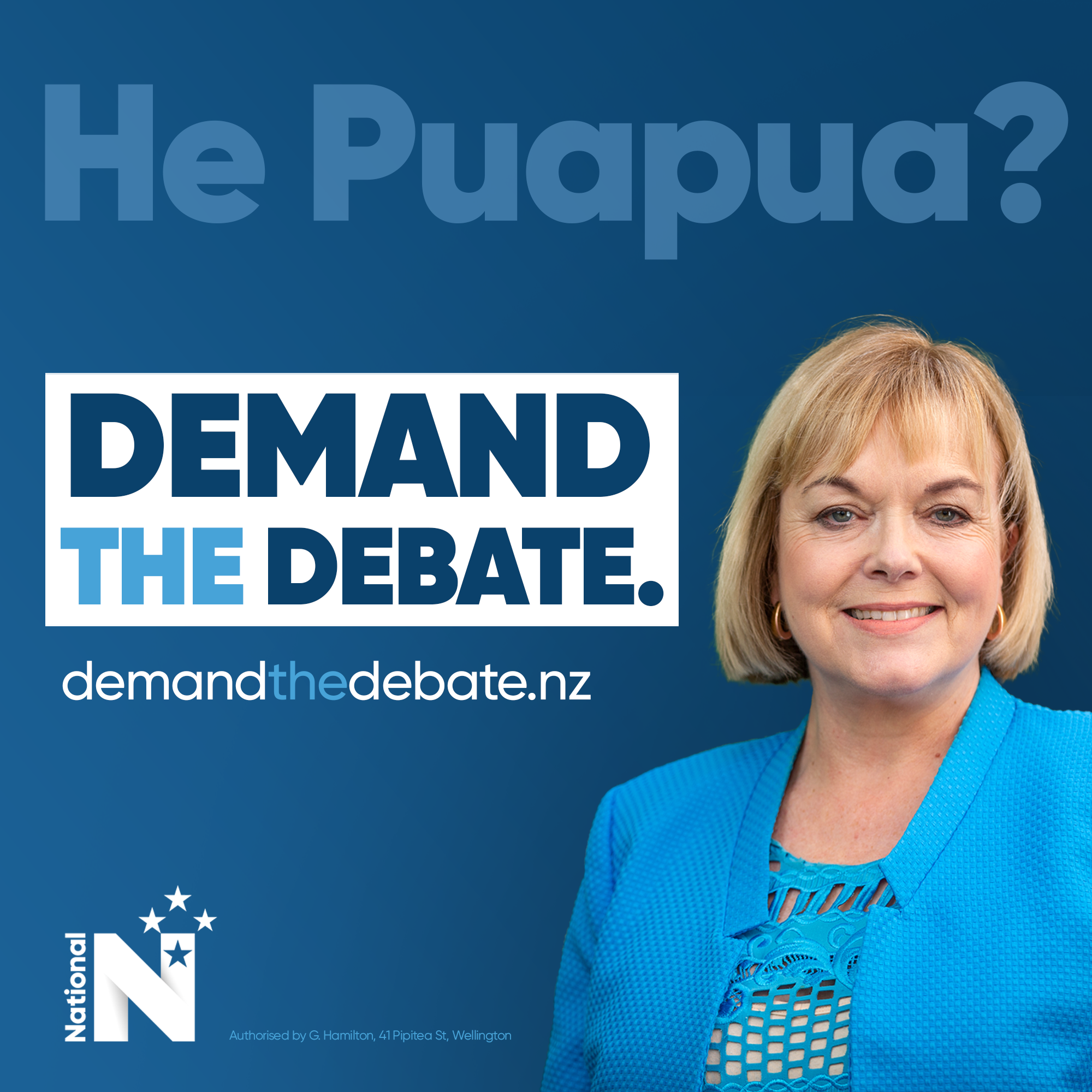 Each sitting week I sit down with a fellow Member of the National Party Caucus to discuss the stories of the day and what's been going on in the House in my Conversation Vlog series.

We cover everything from Free Speech to Immigration to the Budget so make sure to tune in!

Tune in through the Link below:

My Office phone number is 09 520 0538 - please feel free to contact my office if I and my team can help you with any issues.

My Postal Address  is PO Box 74271 Greenlane Auckland 1546 for any Auckland based correspondence.

My Email address at [email protected] remains the same and is regularly monitored. 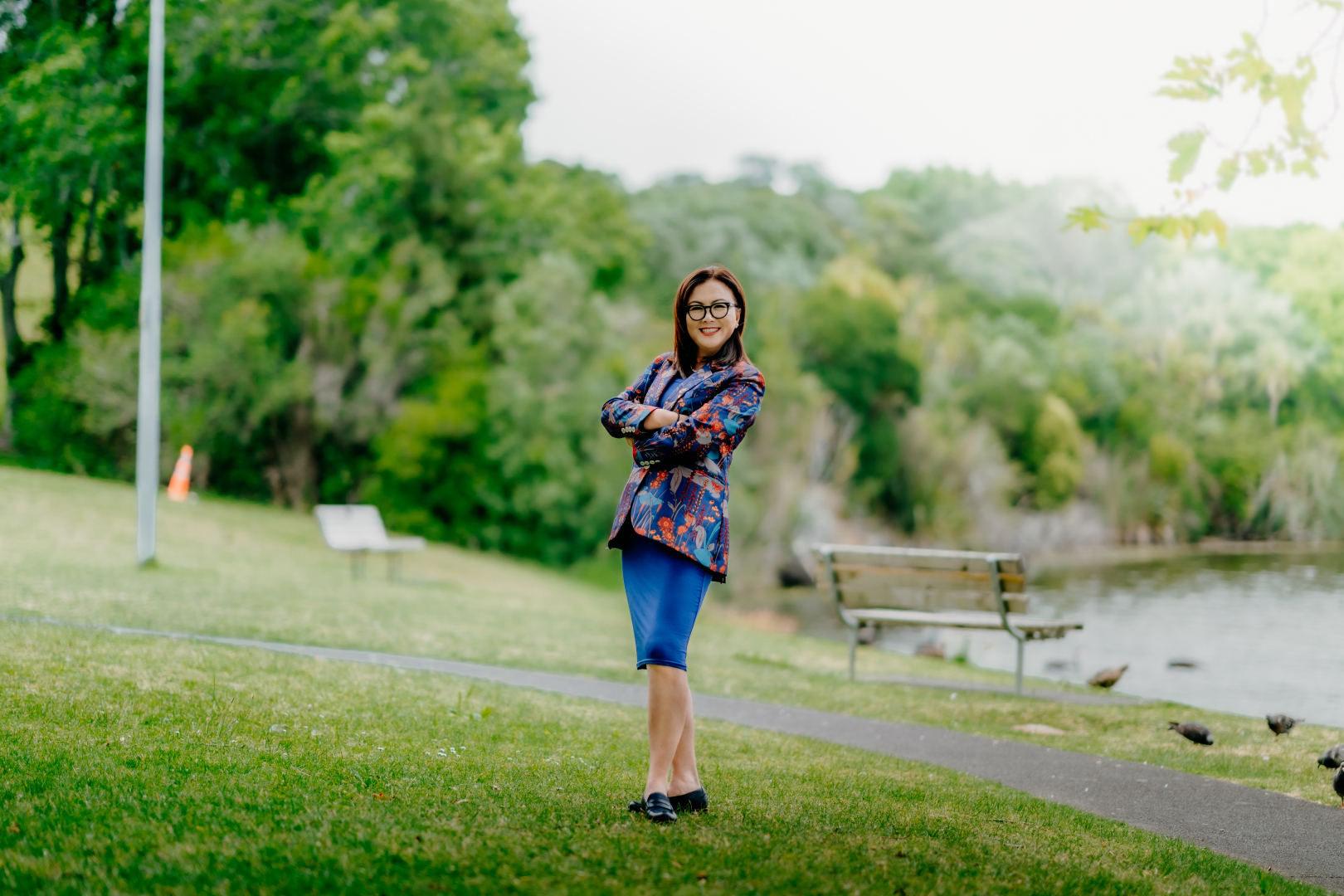