Welcome to my Winter newsletter!

I am proud to be the National List MP based in Mt Albert. It is always a real privilege to work in Mt Albert and help people with their issues.

It’s now Winter so make sure to stay warm as the temperature changes!

Firefighter’s are the backbone of our emergency services putting out fires, dealing with chemical spills and helping to restore our communities when disaster strikes and as they have to assist with more medical emergencies as well. This year I celebrated International Firefighter’s Day with the Avondale Fire Station Team based by the corner of New North and Blockhouse Bay Roads. 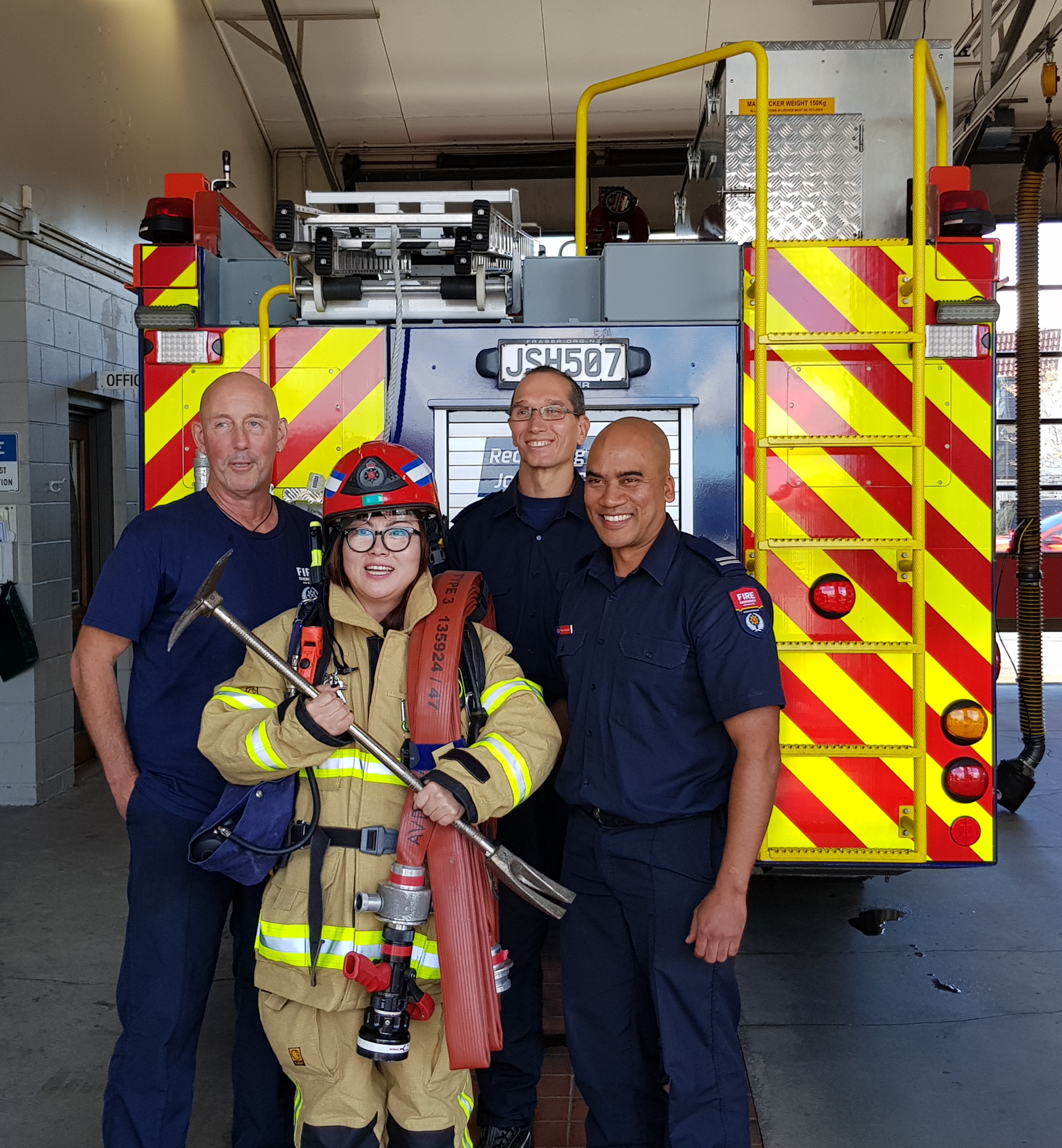 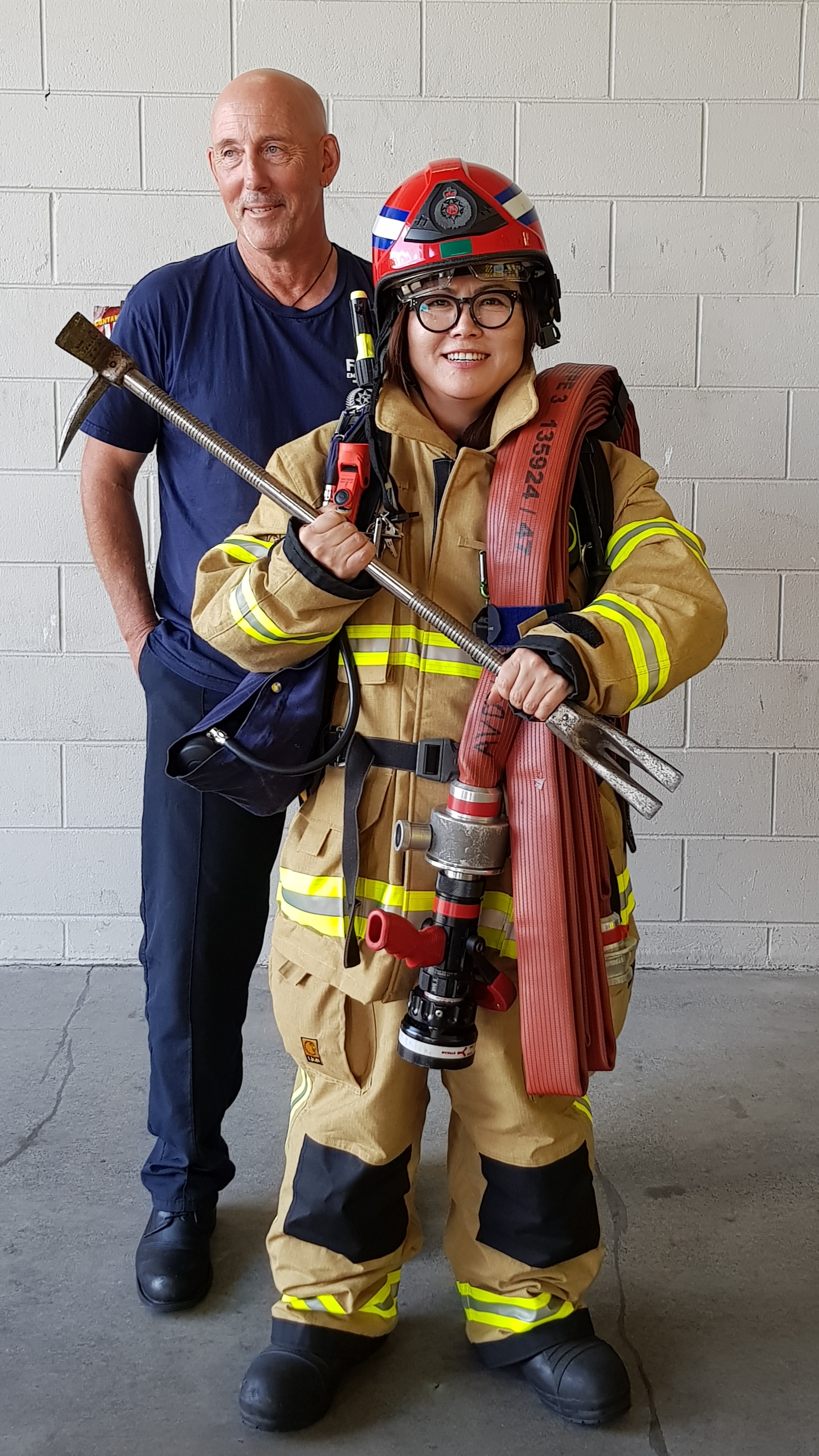 In July Youth Members of Parliament will travel to Wellington from across New Zealand for the 2019 Youth Parliament Programme. Youth MPs are selected by all MPs for their leadership skills and I am proud to have Joshua Doubtfire, formerly of Western Springs College, as my Youth MP this year.

I’ve asked Josh to write his thoughts below on what he hopes to get out of Youth Parliament 2019:

So far being a Youth MP has been a fantastic adventure. From standing behind the podium at the ANZAC Day Dawn Service to working with the electoral commision to get young people enrolled to vote in Mt Albert. I look forward to going down to parliament this July where 35 youth MPs including myself will deliver a speech on the proposed bill put forward by Youth MPs that will attempt to move New Zealand to sustainable energy to reduce greenhouse gas emissions.

I’m looking forward to breaking down this Bill to find the best way New Zealanders can benefit from it. If any members of the Mt Albert youth would like to speak to me on how I should vote for this bill feel free to contact me as I want to represent you the best I can.

I am also on the foreign affairs, defence and trade select committee where we’ll discuss New Zealand's future in free trade where we’ll have access to the world market for a cheaper price benefiting all New Zealanders.

I hope to raise the issues that I’ve heard from the youth of the community and collaborate with other youth MPs while discussing this bill. I’ve met some wonderful people during my time as Youth MP and I’m looking forward to the following months ahead. 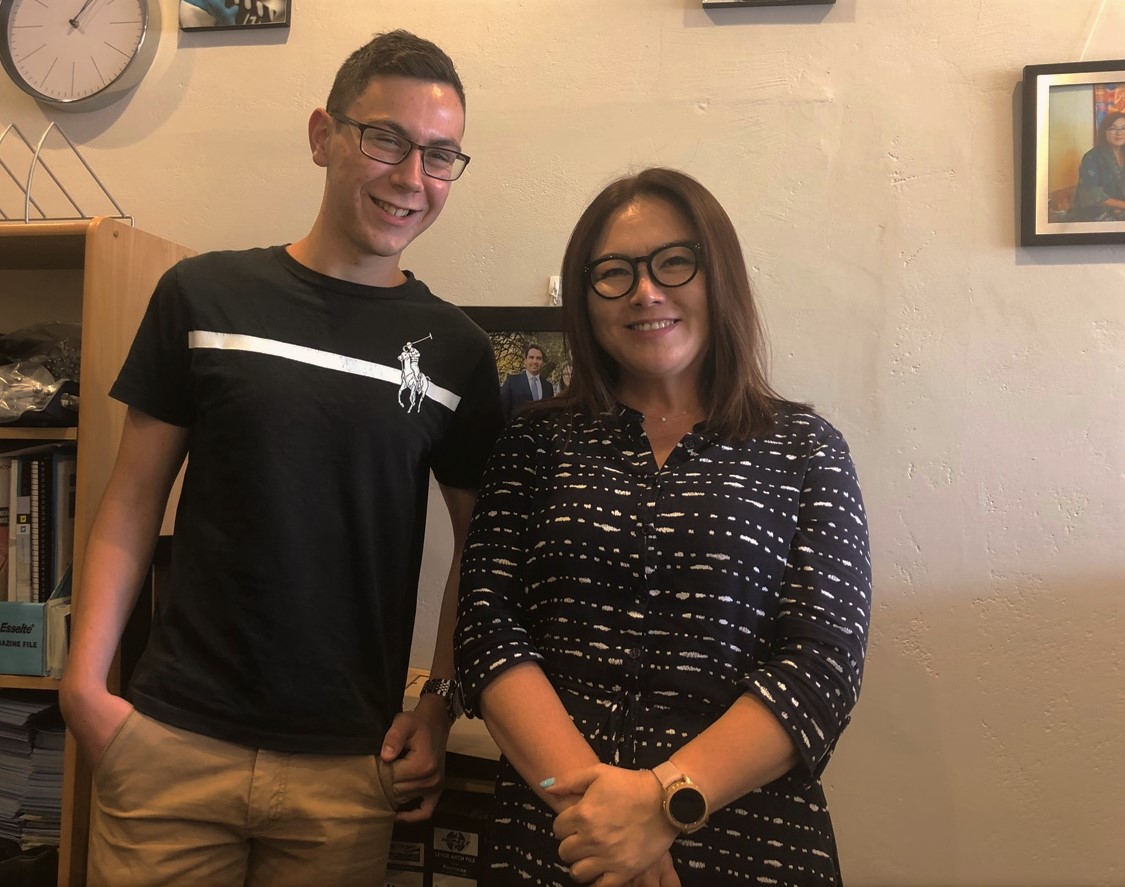 The Labour-led Government's so-called Wellbeing budget, despite claiming to prioritise wellbeing, has offered nothing but more taxes for hardworking New Zealanders, struggling to keep up with the rising cost of living, particularly so for many in Mt Albert.

The first piece of legislation passed after the budget was to legislate for more fuel taxes putting up prices at the pump and adding to the financial burden on kiwi households.

What’s more maddening is the fact the Botched Budget has motorists getting less for all the taxes they are paying. Labour, Green & NZ First have now cancelled, delayed or gutted more than a dozen major transport projects stalling traffic for years to come. What this means is that our suburban streets will have continued increased traffic and damage to local infrastructure from vehicles that should be on new highways planned under the previous National-led Government.

In the meantime, the new projects they have promised, such as the slow tramway down Dominion Road in Auckland, that could paralyse one of Auckland’s busiest roads for the next 10 years while it is constructed and we haven’t even seen a finalised business case!

Kiwis may be able to swallow the bitter pill that increasing fuel taxes is, if those taxes were going towards something that would make a difference in their lives.

Instead the Government has put on ice the East West Link and axed the planned Wellsford to Whangarei highway upgrades – both important projects for the future of the Auckland Region and if stalled will mean countless more hours sitting in traffic and holding our local economy back. This will hurt kiwi families and Mt Albert businesses.

The extra fuel taxes swamp any benefit to be gained from potential handouts of the budget. In typical form of this Government, it gives with one hand and takes twice as much with the other.

It’s easy to forget that increases in fuel prices flows through to every part of the economy. Anything that is transported will cost more, your bread, milk, eggs, all those every day necessities will go up in price too.

The Government is now looking at reducing the speed limits on many roads, which would further isolate regional New Zealand and weaken the economy.

This is unacceptable and National will hold this government to account 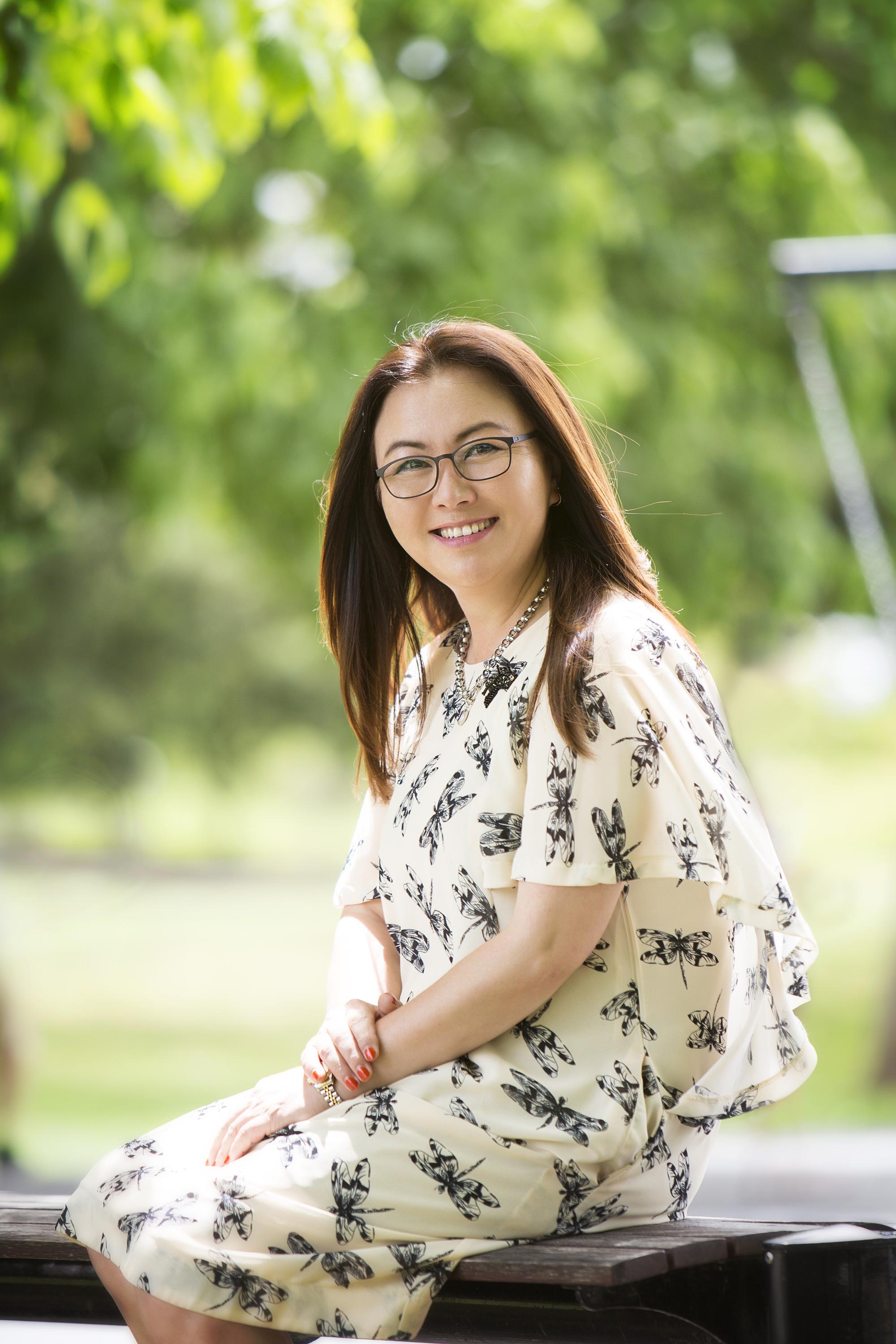 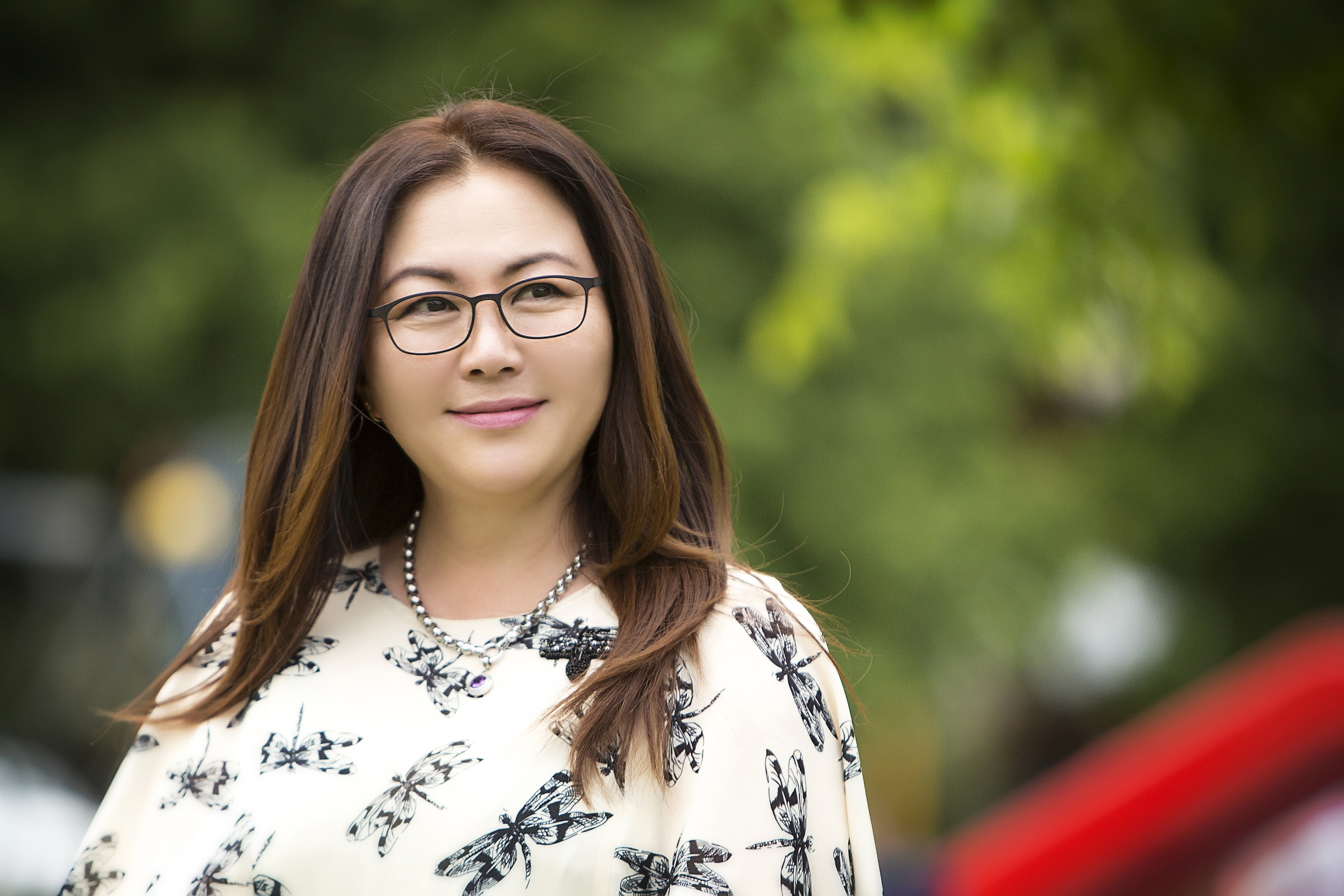 In recent weeks, the New Zealand Parliament has been debating the Budget announced on the 30th of May.

As I said earlier the Budget was a real shambles for New Zealand, offering nothing new and delaying countless projects that our country needs to get our regions flowing.

Over this month and next Select Committees will be intensively scrutinising the decisions of Ministers in their respective portfolios and I look forward to getting around different Committees to hear the justifications for this lacklustre 2019 Budget.

Check out some of debates here: 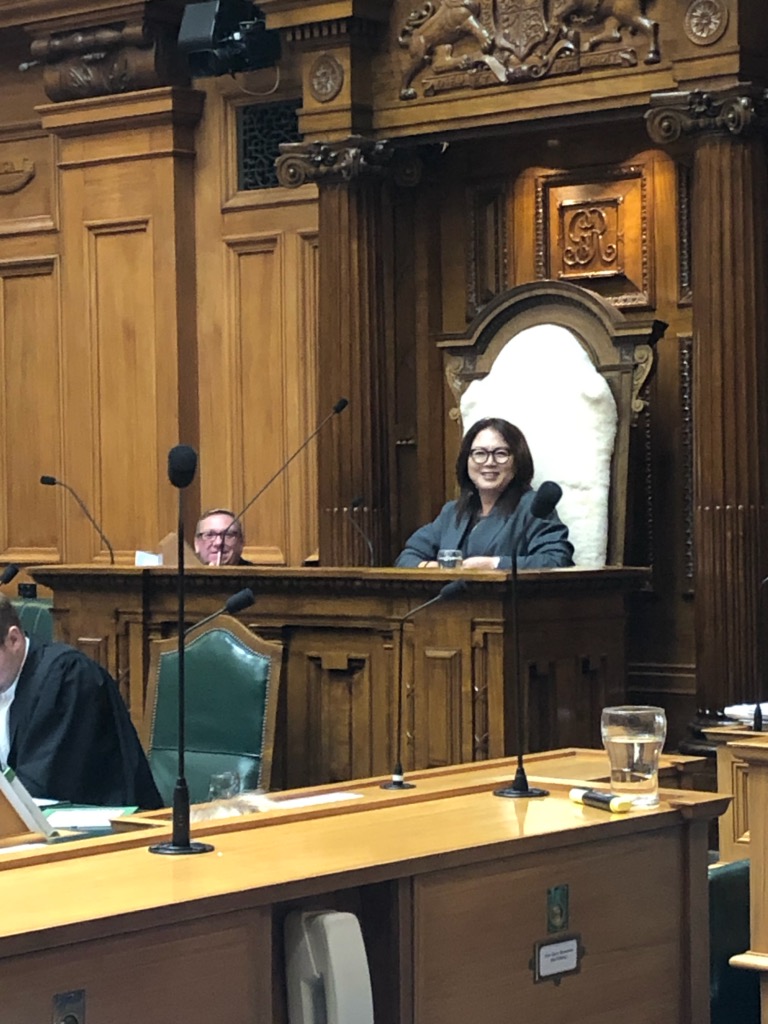 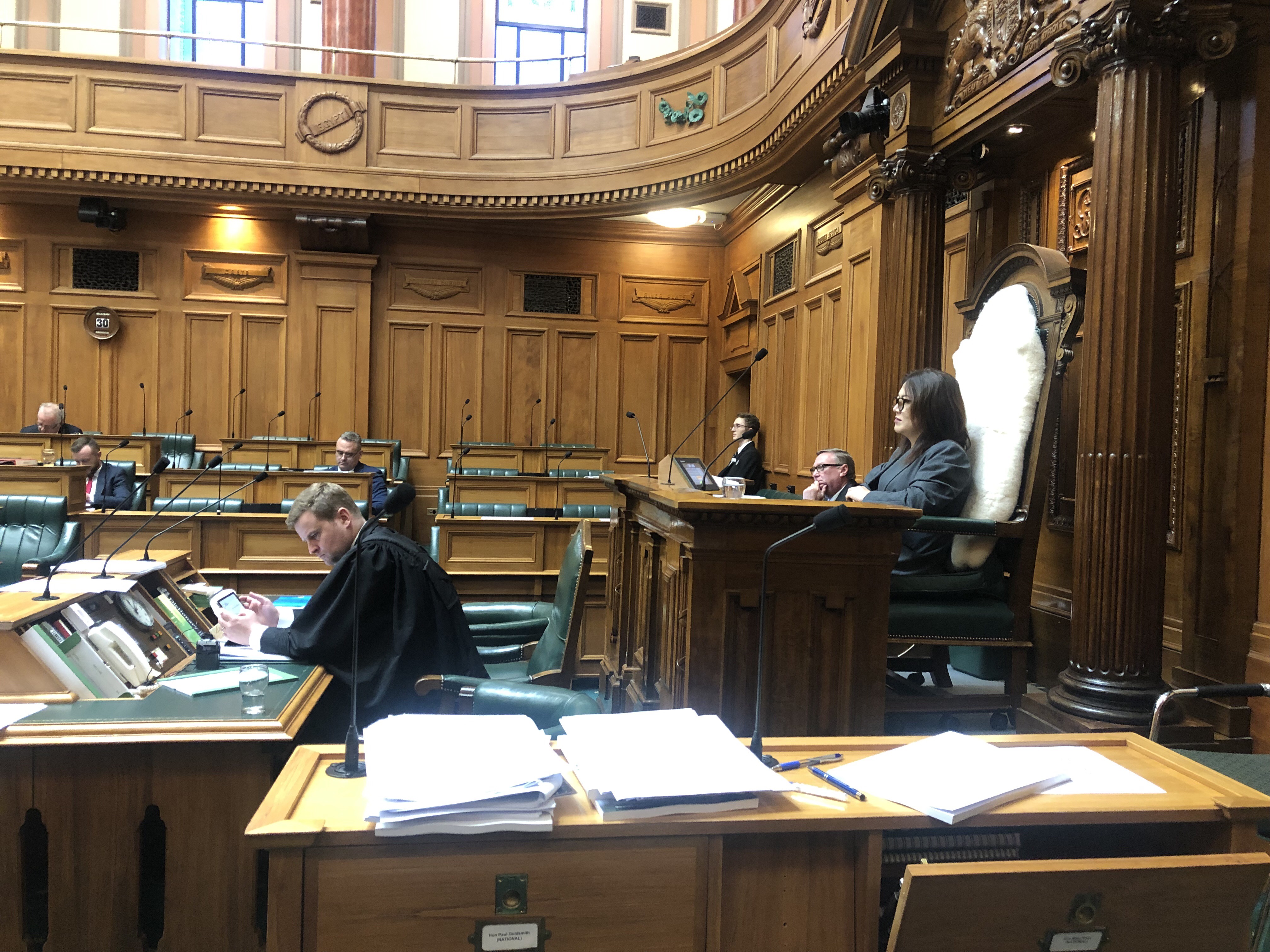 During the Budget Debates I had the great honour of presiding over the House as acting Speaker (Order was maintained!)

Recently, a group from National’s Provincial Priorities Caucus joined me in Mt Albert for a great day visiting different stakeholders that work with rural communities around New Zealand.

From the Plant and Food Research Facilities to the ASB Working Farm at Mt Albert Grammar school, it was a pleasure to show some of my provincial colleagues that rural issues are also at the forefront of our urban communities and that young kiwis in our largest cities are keen to get out on the farm and get involved in New Zealand’s traditional markets.

It was also a pleasure to take Paulo Garcia out on his first constituency venture as (then!) an MP-Elect to Parliament!

Later that evening we enjoyed a lovely dinner and drinks catch up at Sal Rose to talk about the wider issues in Mt Albert and across New Zealand with  special guest Alice Wylie – former Deputy Mayor for Mt Albert Borough Council and Foundation Member of the National Party (She’s also one of the few people in NZ who can claim to have a park named after them!)

I was great to have you in Mt Albert! 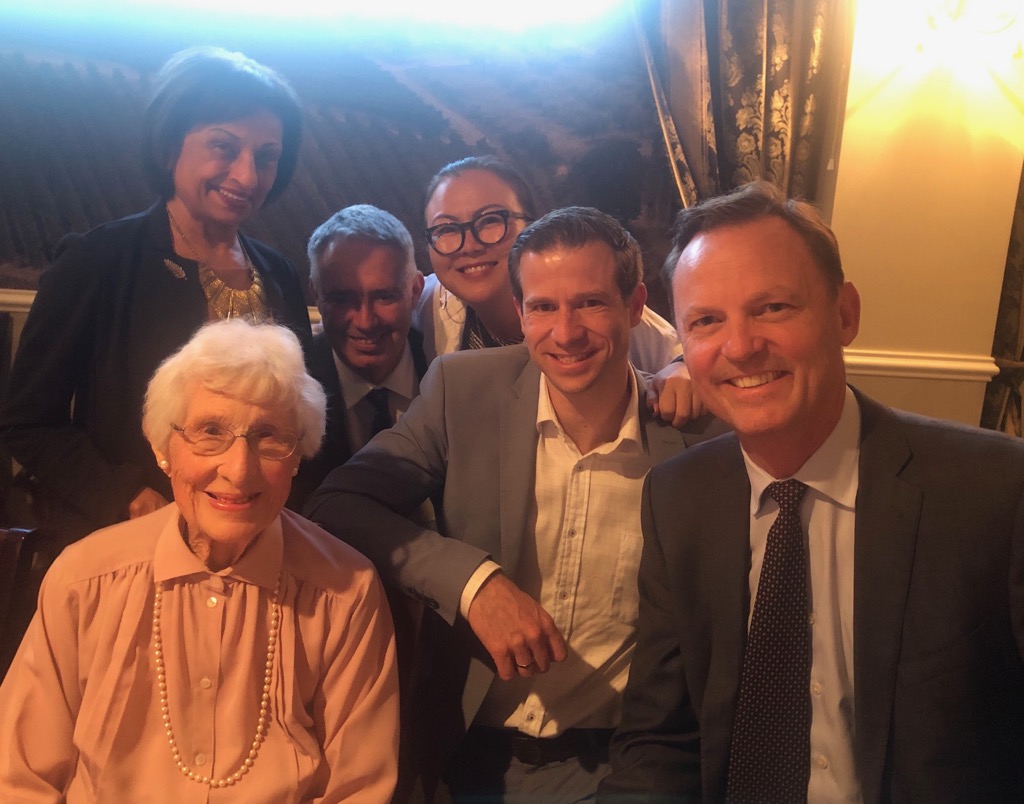 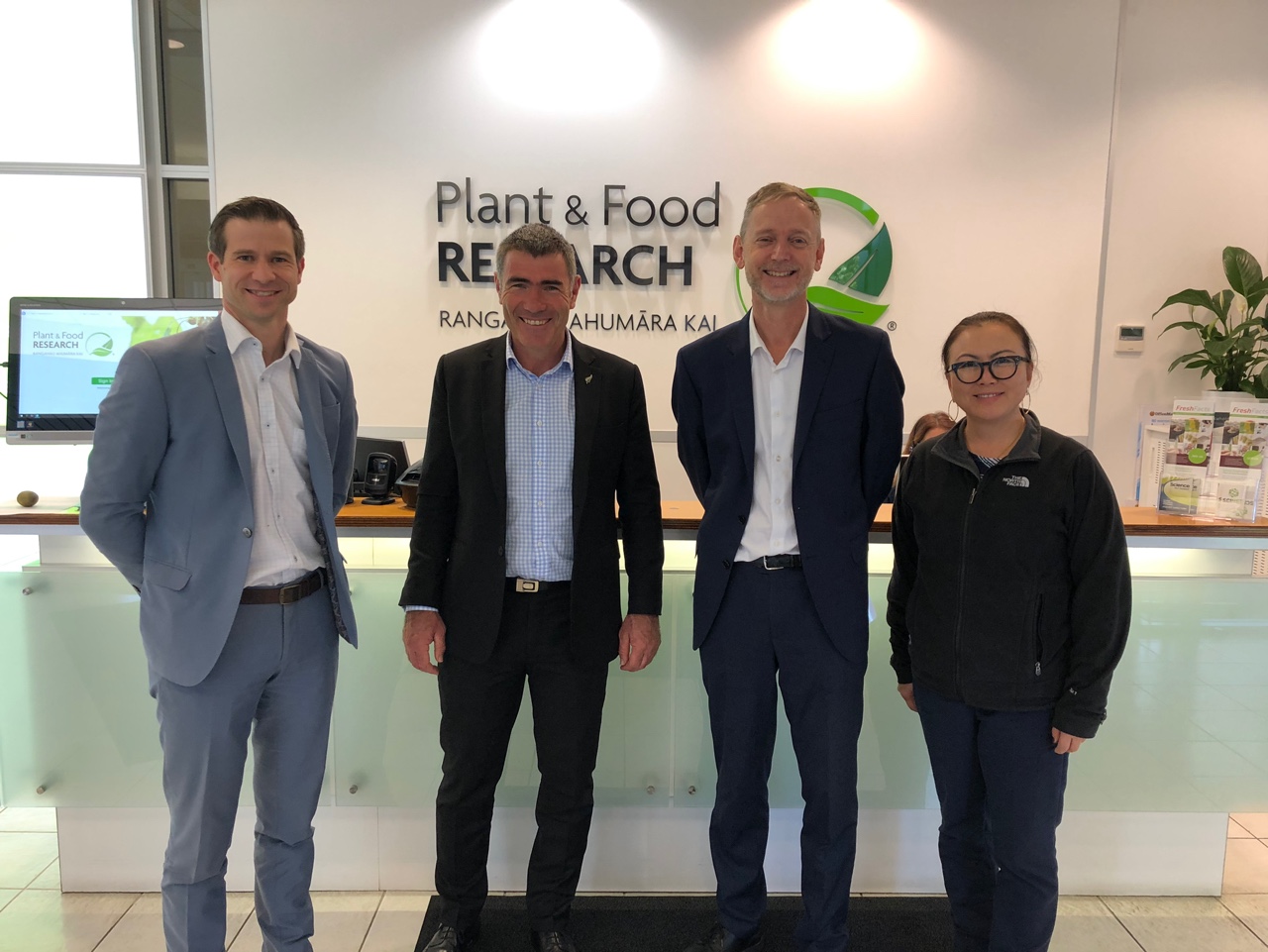 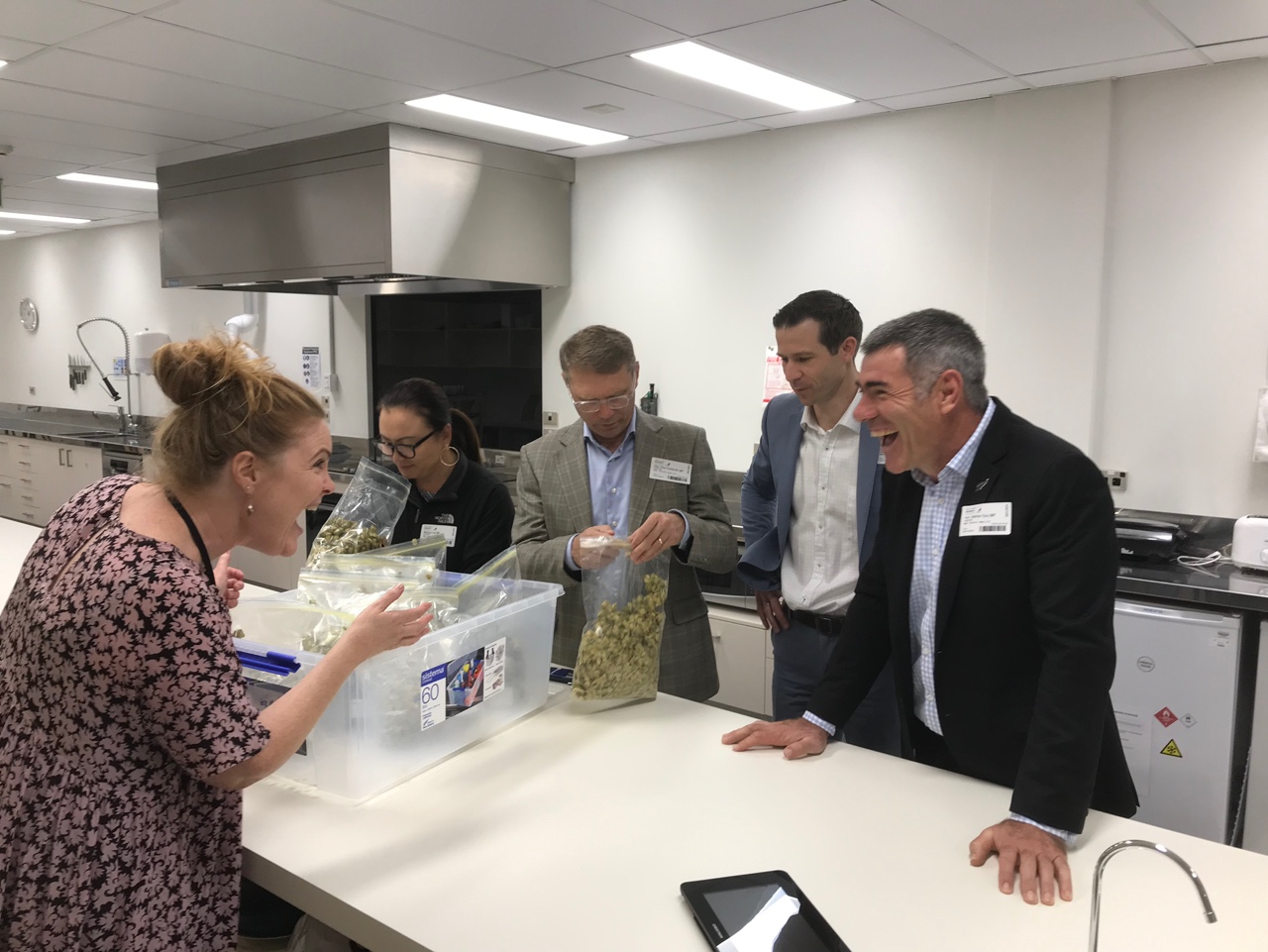 Have your Say Mt Albert!

Over the past several weeks I’ve been talking to many people in the Mt Albert community about issues they are facing. Whether it is the proposed redevelopment of Chamberlain Park, Parking in Sandringham or the future of Eden Park I want to hear from you!

You can always get in touch with me at MPLee@Parliament.govt.nz or if you receive a letter in your mailbox I’d love to get your feedback Freepost via the attached survey.

The wider National Party is also  asking for your thoughts on the future of the Environment, International Affairs and Primary Industries in New Zealand through our nation-wide Discussion Document policy process. Check out the links below to have your say! 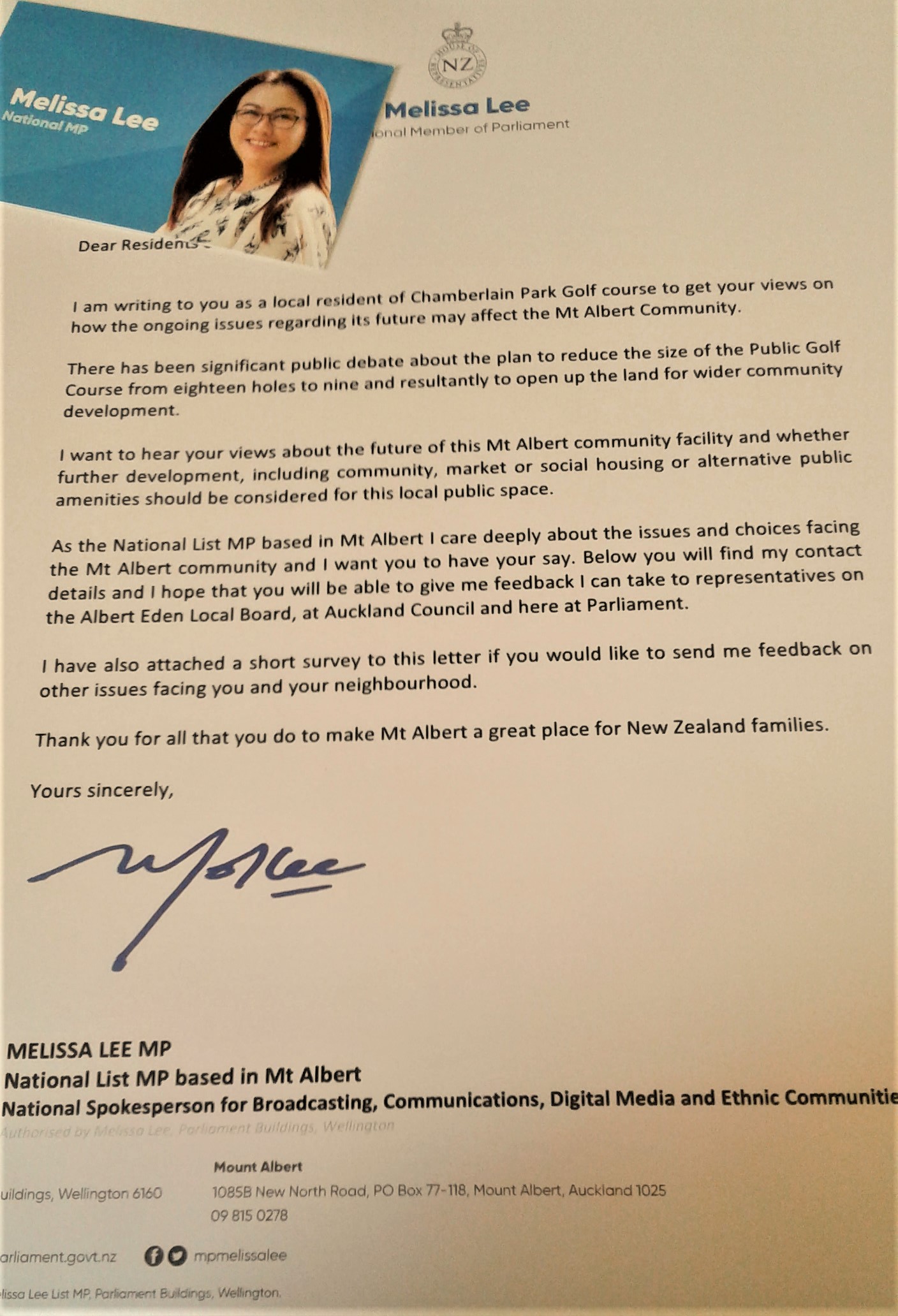 Thank you for what you do to make Mt Albert a great place for Kiwi Families!

Get updates from Melissa Lee and National